Lara has had two previous cesareans.   Because this would be her last pregnancy, she desired an unmedicated VBAC.  She researched, she hired a great doctor, she prepared herself well, and she invited me to be part of her birth experience.

I was awakened one morning by a text that said “I’ve been up since 4:30.  Call me when you drop your kids off at school.”  Lol, we had all slept in.  The kids should have been ready and nearly on their way at that point.  After a mad dash, I arrived at Lara’s house.  Her contractions were less than five minutes apart and lasting a significantly long time.  She got nauseus, had some brown “show”, and felt like she wanted to sit on the toilet.  Her husband asked, “Soooo, when do we go to the hospital?”  With an hour’s drive ahead of us, I said, “We go now!”

I honestly thought there was a good chance of Lara giving birth in the car.  And maybe if she didn’t have to endure a crazy, bumpy, speeding car ride, she would’ve birthed the baby sooner.  The tension of the car ride plus the annoyance of getting checked in to the hospital, led to what Lara later described as “tensing up” because she was asked to do things that she didn’t want to do, like lie in the hospital bed.  Her labor was excruciating while lying down and so her time in triage was not fun at all.  The nurse said she was at 2 cm.

2 cm? 2 cm??!?!  It seemed unfathomable. After that much intense labor???  She was finally let into a room and I was invited in.  The nurse warned me Lara wanted an epidural.  At 2 cm with that much labor and expecting a long day ahead of us, an epidural was totally understandable.  I entered the room and found a different situation though.  Lara was standing beside her bed.  I got there just in time to squeeze her hips through the next contraction, while reminding her to breathe deep.  Then the nurses wanted to draw blood and put on the fetal monitor, which meant “back in the bed.”  🙁  Her husband tried distracting her by whispering sweet stories to her about their other three children. After all their proceedures were done and a few more nearly unbearable contractions (although Lara relaxed and breathed beautifully through them) the nurse wanted to check dialation again.  It had been almost 2 hours.

9.5 cm!!! What relief! And what an almost immediate urge to push! The doctor was only minutes away and baby was born within a few pushes. No joke, the doctor said this was the best VBAC he’d been to! (Thank you, Dr. Harter!!!) 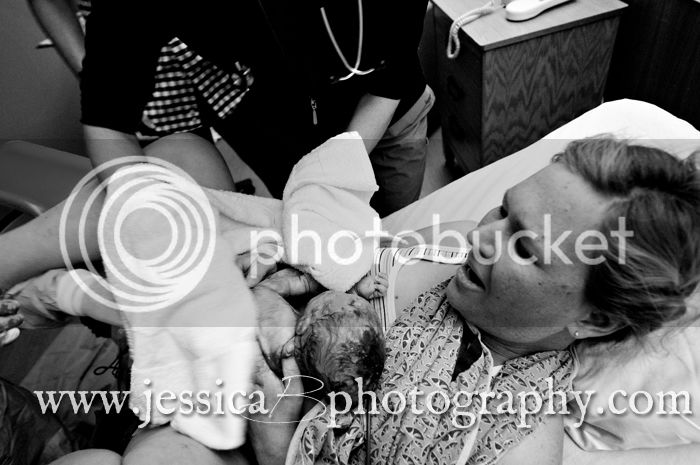 Lara said her theme song for this birth was Katy Perry’s “Roar”. While looking for a version to share with this blogpost, I found this one of children & staff from a New Hampshire hospital. Enjoy!